Cities like Berlin, Rome and Paris have evolved and carried new programs since they were first build. They are changeable and our ways of inhabiting, working and moving in them has been able to evolve with them.

Since the plattenbau’s rise in the 1950’s the fabric of our cities has become cast I concrete, creating static floorplans and programs.

We believe that the cities of the future should change this with an approach to the build that allows altering, changing of floorplans, apartment sizes and use. Our proposal therefore has a structural approach as the foundation of the urban plan. Open floorplans, that can be divided into smaller apartments, co-housing, workshops or offices.  Allowing a new district that can embrace the future demands that we do not know yet.

Our proposal for Molkenmarkt references the scale and motifs of the historic city and introduces the district as a sustainable, green quarter that prioritizes vibrant, active streetscapes over cars and green common courtyards to support the livability of the area.

Awarded one of 2 first prizes in open competition/ 2021

In Collaboration with CKA, Berlin. 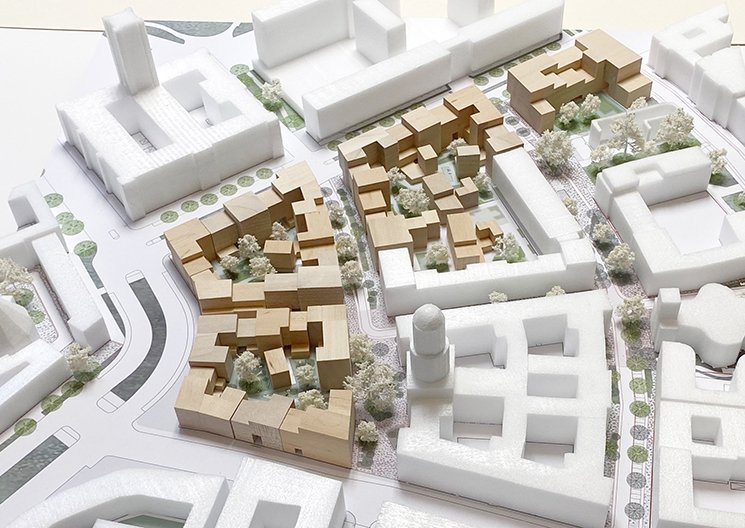 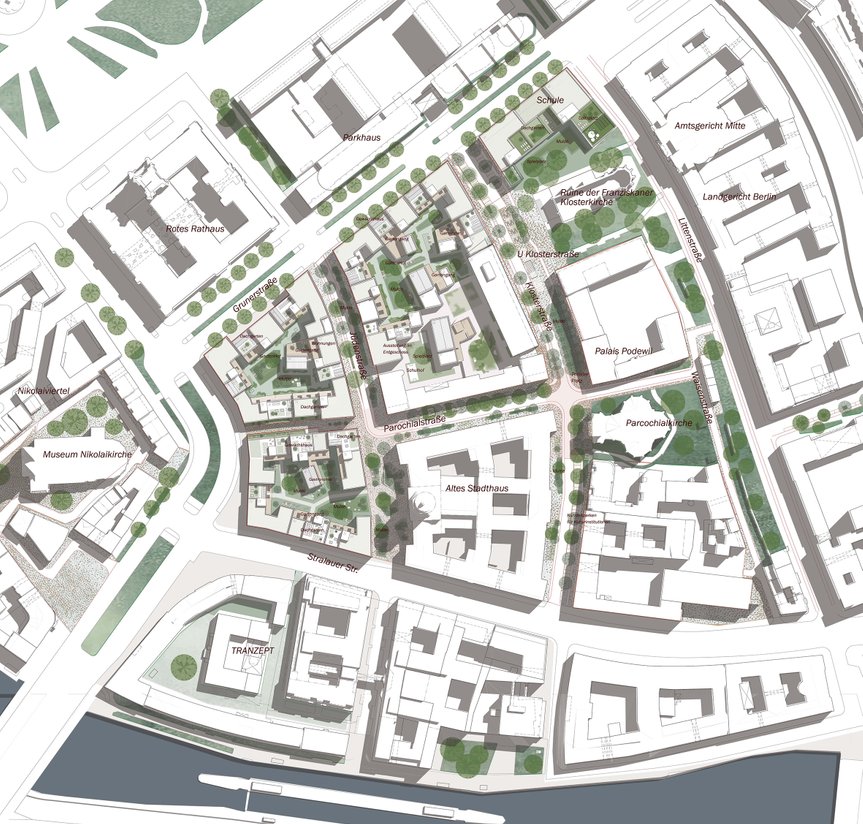 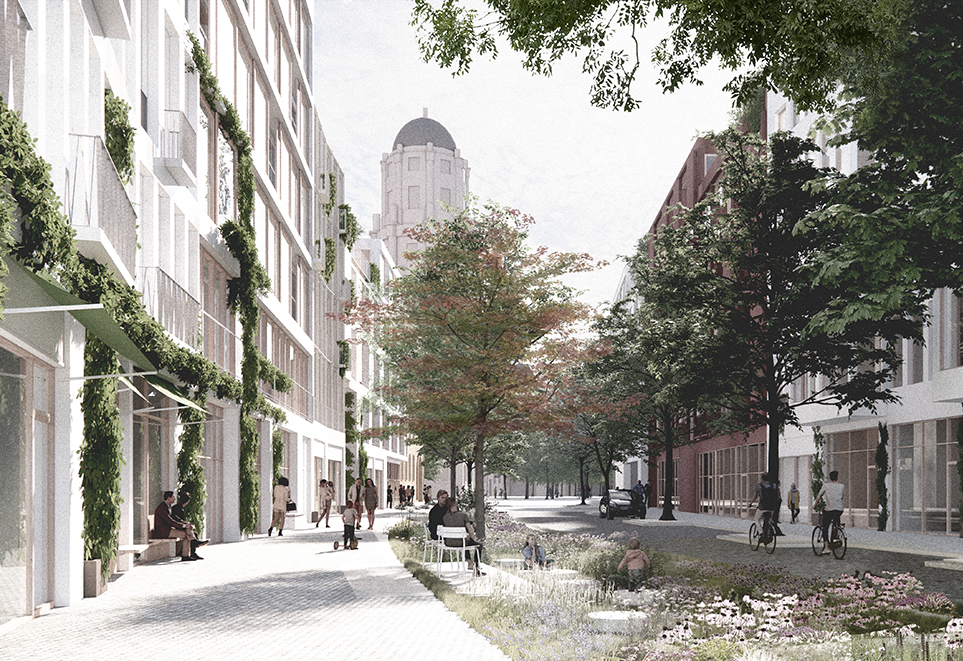 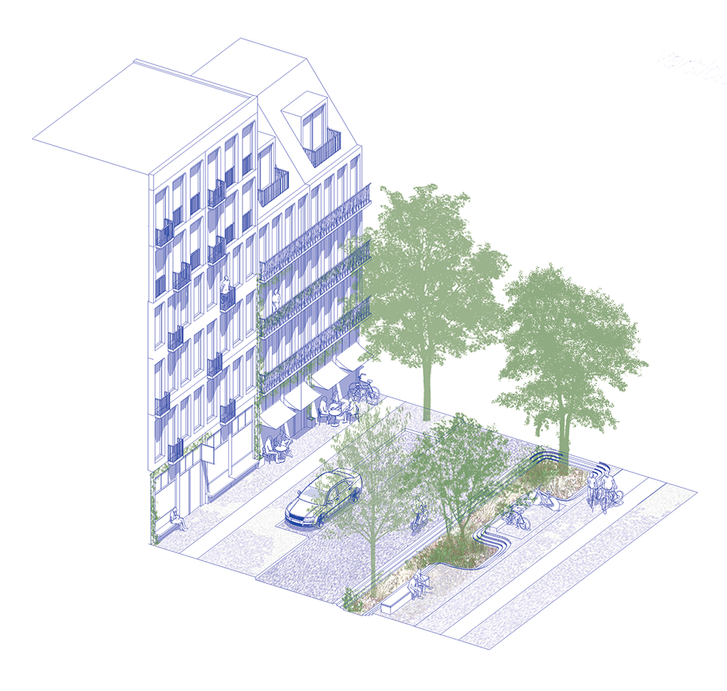 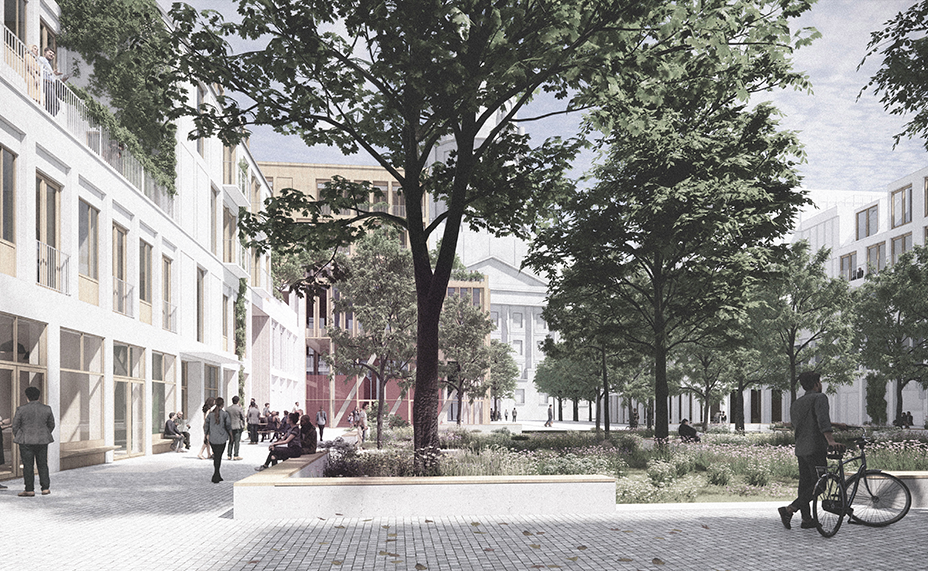 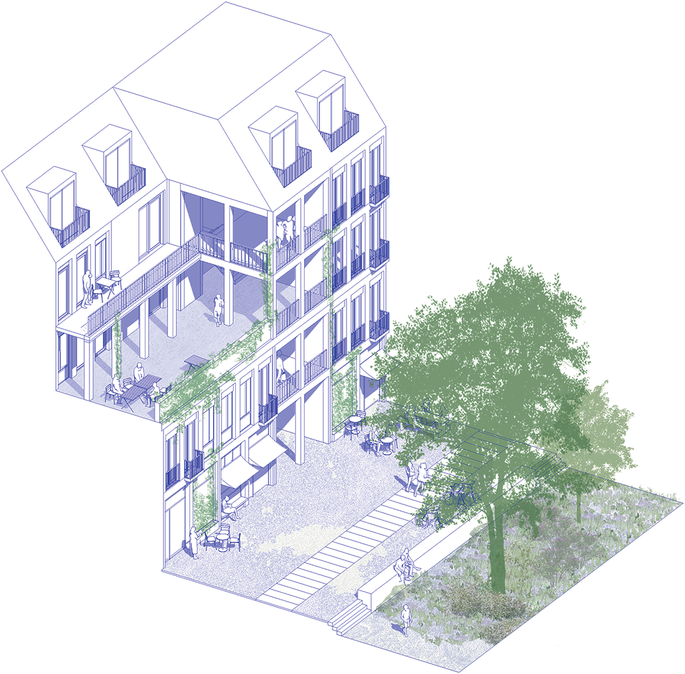 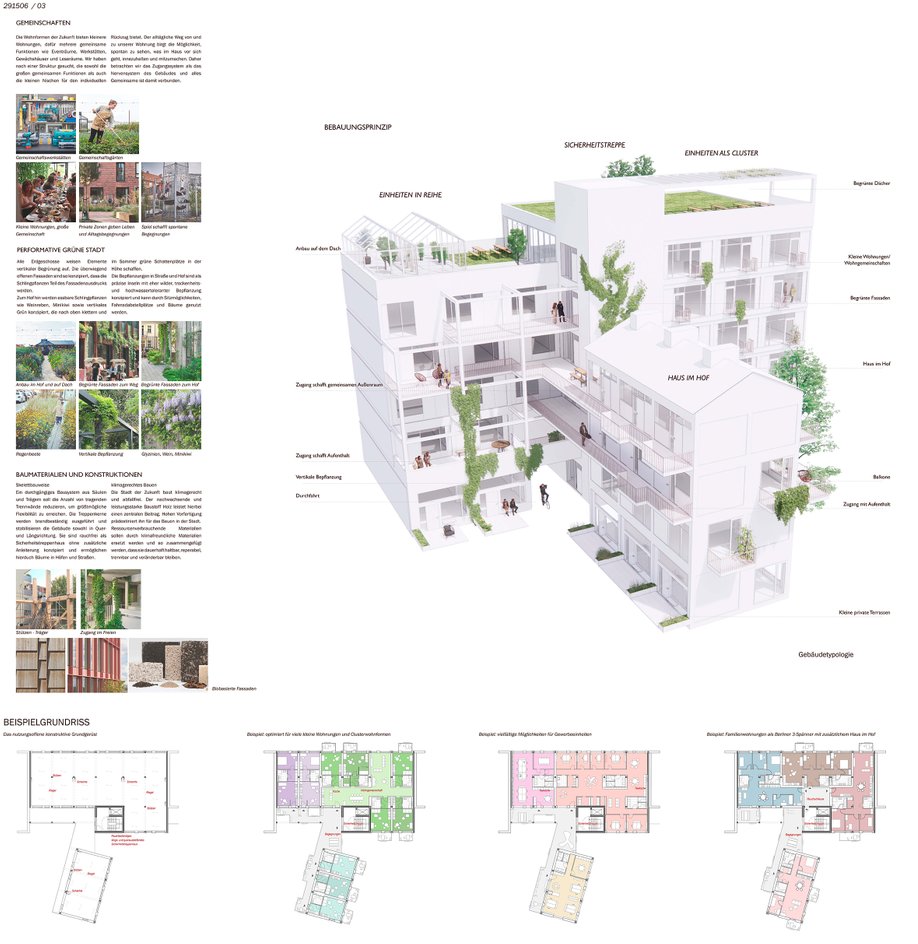 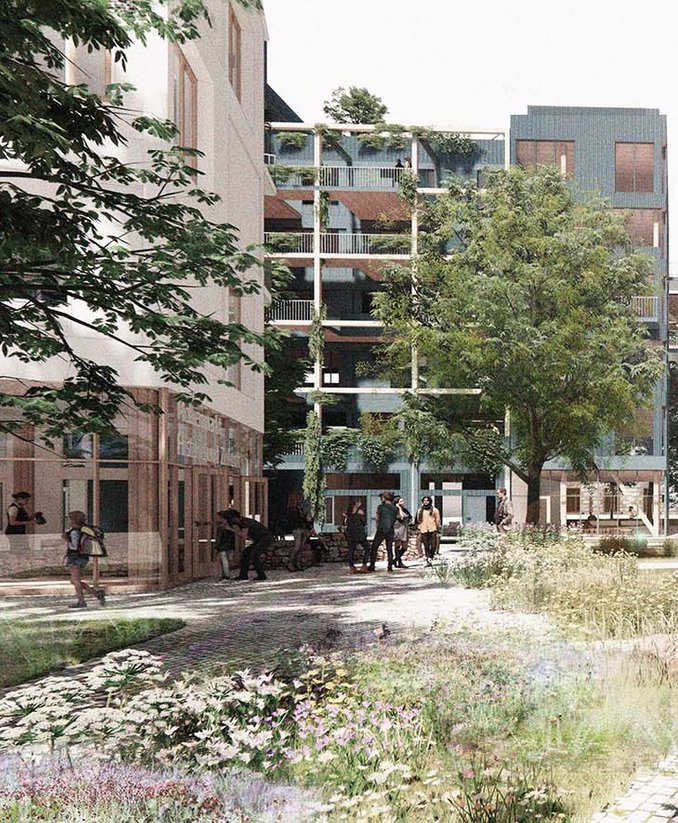